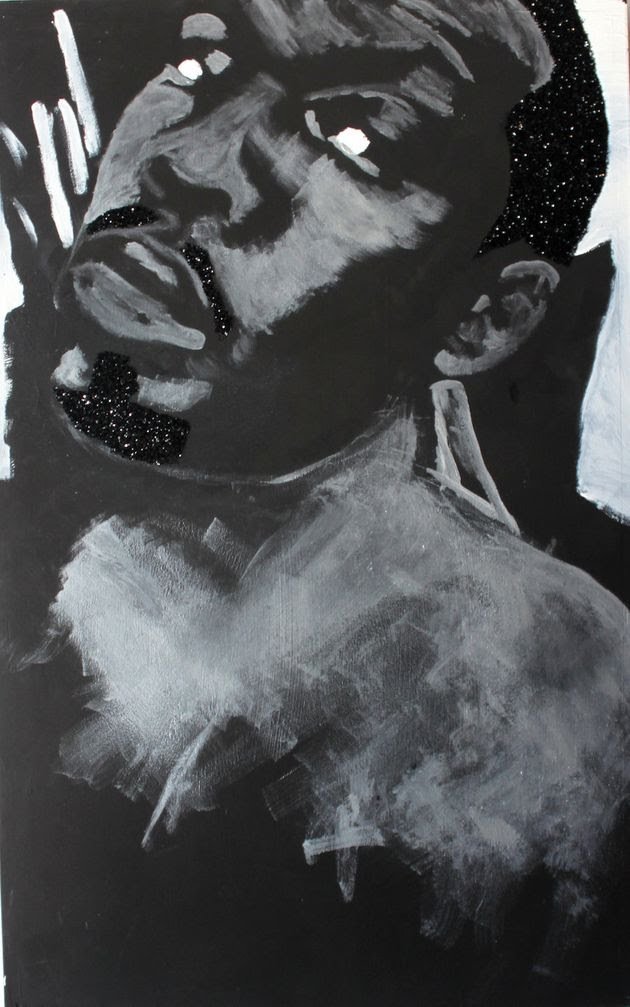 In 2006, I was in the Wayside facility of the LA County Jail fighting at three-strike case for robbery when I met this OG pimp named “Dark Gable.”
Dark Gable was in his early forties, about 6′ 2” with dark skin and an afro. He always kept a makeshift scarf tied around his neck as a pimp trademark. He was an eloquent, very eloquent pimp like Goldie “the Mack” with a real gift for Gab.

He slept on the bunk next to mine, so we become fairly acquainted given the circumstances. We talked all the time. He had some of the most interesting pimp stories I’ve ever heard. Needless to say, these stories were extremely long, like a TV series. So you had to be patient because if he started one, he damn sure was going to finish it.

Dark Gable talked like you were cruising down the Sunset Strip and a stretched limo drinking champagne. So his stories were slow and calculated, smooth like the pimp he was.

Often, he would reflect on the events of the stories as he told it. You could tell by the look in his eyes and the smile on his face, that they came alive and he was experiencing them again as he spoke. It was like the movie “Life” with Martin Lawrence and Eddie Murphy when Eddie’s character, Ray, had everybody daydreaming about being in “Ray’s Boom Boom Room.”

Some ten years later, I still have a very vivid memory of Dark Gable. Unquestionably, he made an impression on me and taught me something I’ll never forget. I’ll share it with you if you promise to teach it to someone else? That’s your word now….

One day, Dark Gable returns from the canteen and began to pour the contents of his canteen bag on the floor next to our bunk to see that everything was accounted for. Sitting on the top bunk, I quietly took inventory of what he had purchased. There was a nice amount of honey buns, cinnamon rolls, and Bearclaws. In prison, we call these items “zoom zooms and Wham whams.” He definitely purchased a lot of “Zoom Zooms!” Just looking at them piled up on the floor, I was overwhelmed with a sweet tooth and decided to ask for one.

“Say OG, can I buy one of those cinnamon rolls?” I asked. Now be mindful of the fact that, in the LA County Jail money consists of either food or hygiene products that are the equivalent of the cost of the item. A cinnamon roll cost $0.90. So I offered him a Ramen noodle, the monetary equivalent.

“Dark Gable, let your boy give you a soup for one of them good old cinnamon rolls you got there ‘G’ homie,” I continued, smiling as if a jackass eating cactus.
To my surprise, he returns a slight smile and begins to laugh at the donut-ass approach to what I thought was a sure come up.
“Can you see yourself with it?” he finally asked.

“Yeah! I can see myself with it or your boy would not have asked in the first place,” I responded sure of myself.

So he says to me, “Cell [my nickname], little bro can you really see yourself with it, huh?”

“Yes. Dark Gable, I can’t really see myself with it!”

“Okay. If you can really see yourself with it, give me four soups for the cinnamon roll.”

Dark Gable instantly stopped organizing his canteen, stood up, looked me straight in the eye and said, “How much I paid for the cinnamon roll has nothing to do with how much I’m willing to sell it for. Now, if you really can see yourself with it, then you are going to have to give me for soups!”

“I ain’t giving up no four soups for a cinnamon roll. I’ll get it at the canteen for $0.90 before I do that,” I replied.
“Okay,” he said and went back to organizing his canteen.

I, on the other hand, laid back on my bunk and, looking at the ceiling, begin to ponder what had just took place. Quickly, I deduced the fact that what he had just told me was, what he paid for the cinnamon roll, or anything for that matter, was none of my business. Truthfully speaking, it wasn’t!

The moral of the story being, if you want something bad enough, then you are going to do or give whatever it takes of yourself to get it so you can see yourself with it.

Dark Gable took a $0.90 cinnamon roll and taught me something I’ll never forget. Without question, it applies to any endeavor, goal, aspiration, or material thing one looks to obtain or accomplish. Seeing yourself with it means, you are going to be willing to put in the time, blood, sweat, and tears, or pay whatever price it cost to get whatever it is you want out of life.

On a spiritual level, when you can truly see yourself with it, the universal elements will conspire in such a way that the opportunity to have whatever it is you want will be presented to you. You, on the other hand, must possess the discernment to recognize the opportunity as it unfolds before you and possess the necessary insight and knowledge to capitalize on the opportunity. That’s what the Bible means where it is written that God will not give you more than you can handle. He will not give you more than what you are capable of managing or can conceive.

So I ask, can you see yourself with it?