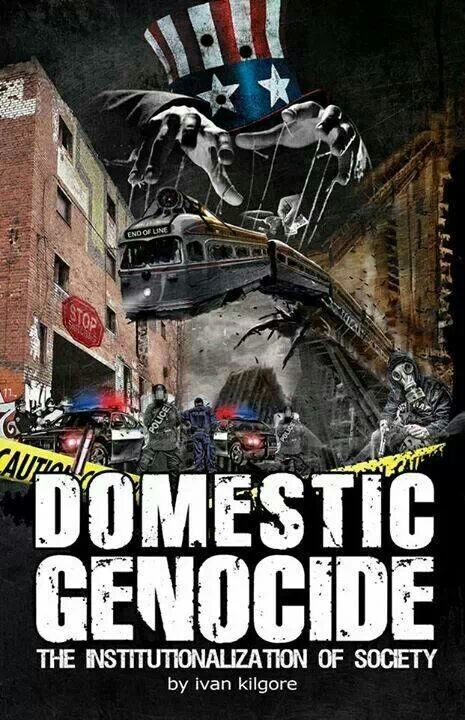 King seemingly handicapped the struggle for Black Americans by limiting his educational intake to that which was offered by America’s perverse educational system. White institutions programmed him, his ideas, his values, and misgivings of America’s capitalist infrastructure. He idealistically and not realistically posited equality. Intoxicated with hope, King sought by means of integration an equality that is unattainable in a capitalist society for reasons that

…the problem contained in the conflict between the maintenance of individual freedom and the stress on the equality of men… rest on the proposition that an effort to create equality among men must inevitably constrain the efforts, fortunes, talents, and opportunities of at least some men. Otherwise, through the exercise of these properties, inequalities will arise as a matter of course. Yet to impose constraints is to limit the freedom of those affected, at least in the use of these personal properties. Hence… to proclaim a quest for equality may not only be illusory but, more significantly, demagogic and also deleterious to human liberty. The strain between liberty and equality is… generally resolved in favor of liberty, at the cost of a continuing inequality….

As noble as King’s “Dream” is, the reality before the ghetto today has proven it an overall failure. That is unless one is content with an eleven percent drop (from 35% to 24% since 1968) in poverty in the Black community.   Personally, I think of it as a failure. What all this equates to compares to what Lynne Zucker’s experiment in the movement of light demonstrates. In short, Zucker challenged a group of women to determine the distance that light moves in a darkened room. Little did they know the experiment was a gimmick because light does not move. Though, there was an “auto kinetic” effect or visual illusion of movement being that in a completely dark room there is no frame of reference from which motion can be assessed.

Likewise, it is difficult to buy into King’s “Dream” because, in the case of Black Americans and other people of color, educational achievement has came to symbolize that “training,” that “credentialism” white America has so long distorted our reference point with. Like the construction of a house on sand, King’s education was the contorted product of elite manipulation. For they both functioned to enable the fortunes of the well-to-do. First by removing Black dollars from the hands of Black businessmen and placing them in the hands of white businessmen. Second, by creating an integrated work force, competition for jobs would create the ideal circumstances for business owners to exploit the willingness of Blacks to accept less pay for white jobs. As I’m the detail elsewhere in thid book,  the concessions made to the demands of the Civil Rights Movement were not made in the interest of humanity, rather capitalism.

Both King and Malcolm feed on the two-edge sword of knowledge that white America had put to them to consume. For Malcolm, the lenses this placed on his world view trained him to carry about as “Red”-a street hustla, con artist, junkie, and thief. Like many, he had been placed on the leash of destructive training. However, unlike most subjected to this process who come out flawed, rejected, and opaque, these elements would cast back to us a grade “A” jewel. This, we know, was due in part to his redemptive prison experience. Notably, he became a pupil to his own educational enormity. His words are instructive to this day:

I have often reflected upon the new vistas that reading opened to me. I knew right there in prison that reading had changed forever the course of my life! As I see it today, the ability to read awoke inside me some long dormant craving to be mentally alive. I certainly wasn’t seeking any degree, the way a college confers a status symbol upon its students. My homemade education gave me, with every additional book that I read, a little bit more sensitivity to the deafness, dumbness, and blindness that was afflicting the black race in America….  I don’t think anybody ever got more out of going to prison than I did… Where else, but in prison could I have attacked my ignorance by being able to study intensely sometimes as much as fifteen hours a day?

Here’s where the beauty of Malcolm’s education exceeds the epistemology traditional to institutions of the like King attended. The distinction being, as Malcolm explained to Alex Haley: “You studied what he wanted you to learn about him in schools, I studied him in the streets and in prison, where you see the truth.”

This is the danger of learning in white institutions. Under the guidance of the Honorable Elijah Muhammad, Malcolm was able to sore to greatness as a commander at the lectern, commander of behavioral sciences, and commander of a movement that sought to achieve social and economic independence for the African race. For Malcolm the teachings of Elijah Muhammad were a reflection of those his father had taught as a loyal devotee of Garveyism. It was the immortal Marcus Garvey’s Philosophies & Opinions that the Nation of Islam had consructed its program upon. They strove to break the destructive and oppressive chains white America had shackled to the Black mindset. With the mystic and cult like Nation of Islam, Elijah Muhammad would exploit, for lack of better expression, the Negro’s need to believe in something other than the passivity of Christianity.

This all appealed to Malcolm because the Garveyism his father had introduced to him as a child. Marcus Garvey and Garveyism proclaimed:

When comparing the educational backgrounds of Malcolm and King-one within the constraints of the white power structure, the other outside and in opposition of it-there’s no questioning the former was the product of the full 360 degrees of knowledge. King being bred of upper middle-class stock, like other essentially upper middle-class groups, was essentially conformist with white values and ideology. The irony of this was he wanted to assimilate into a system that had wronged so many people. Moreover, how was it we as Black Americans were to integrate into such a system without becoming oppressors ourselves? After all this was a capitalist system were big fish eat little ones.

King simply lacked the edge that Malcolm’s educational background would have afforded for him to see through America’s rhetoric of equality, freedom and justice for all. Malcolm’s background, particularly his studies while in prison, made it all too clear the vices of capitalism (i.e., oppression, racism, poverty, crime, etc.), that ran rapid in the Black community, were all part of the ill design of racist and capitalist thinking white America. That said, who really could relate and build the Black community? Seemingly, with all the calls to action the Black community is hearing today to take action on all fronts-from the household to the community-the message of Malcolm is becoming clearer and clearer as it echoes for us to stand in the virtue and reward of our community’s independence just as other races have.

But NO! We weren’t listening then and many aren’t listening today. Black folk weren’t trying to hear the brother. “All that Negro trippin'” was all they could say. “I want to get in the house with whitey. Yelp! That’s the best move.” We thought we were being denied something or missing out on something because we could not give our money at a white lunch table or attend white schools. Yet, we failed to realize that white schooling and spending our money in white establishments had perverted us so mentally, socially, and economically. The very school system that we thought offered us something we did not have, did not offer us anything but an eleven percent drop in our poverty rate and a 46.6% dropout rate once we integrated.

Moreover, it was not ignorance that accounted for our poverty. Rather, racism. Arguably, what accounted for this condition then accounts for it today. Sure racism is not as blatant today as in the past. Yet, when we look at the statistical data we see that racism and the systems of caste control are very much alive and working hard to maintain white privilege. For the same people who control the school system also control the prison system. It would only seem logical then that just as prisons are used as tools of caste control (Chapter 8), so too are schools. This becomes evident when considering the school-2-prison pipeline mass incarcerates young Black males at a disproportionate rate when compared to other races.

That said, Malcolm put to us the fact that capitalism, colonialism, and racism were fundamental to the inner-workings of white America’s oppressive and progressive economy. Accepted as such, he would also state that America would have to undergo fundamental changes in its economic system before changes would occur between the races. It would take King until the final days of his life to accept this. Consequently, he lead Black America to believe that once we integrated this would ameliorate our social and economic condition because, all of a sudden white America had upped its tokenism.

Chapter 5 excerpt. Check it out! Over 4,300 people have tuned in to hear this interview of incarcerated author Ivan Kilgore discussing what inspired him to write his recently published book Domestic Genocide: The Institutionalization of Society. BUY THE BOOK TODAY ON AMAZON.COM! Click on the link below and hear some truth talkin’. http://m.ustream.tv/recorded/42784923?rmalang=en_US

Read excerpts to this highly controversial book at: http://www.willisraisedblog.wordpress.com.